How Modern Doctors Are Treating Depression Without Medication

Topics Covered in This Article:

This article was medically reviewed by Dr. Troy Noonan, MD Psychiatry. Dr. Noonan received his M.D. from Finch University at the Chicago Medical School, Psychiatry Residency and fellowship at the University of South Florida (USF) College of Medicine. He is Certified by the American Board of Psychiatry & Neurology.

If you’re searching for answers about treating depression without medication, you’re not alone.

You want a simple and inexpensive way to feel good again. Maybe you’ve tried medications, but it’s become obvious that you need a better long-term solution. Many people just like you are searching for the same thing.

The CDC website tells us that depression is a leading cause of disability worldwide and a contributor to the overall burden of disease. Worldwide, more than 264 million people of all ages suffer from depression, with about 16 million U.S. adults suffering major depression.

While antidepressants can provide relief, about 33% of the people who use them will continue to experience symptoms.

“Usually an antidepressant that’s worked for a patient will keep working,” says Paul Nestadt, M.D., psychiatrist and co-director of the Anxiety Disorders Clinic at Johns Hopkins. “But sometimes, a new episode of depression might come up that’s not as responsive to that medication, or the medication might just stop working altogether.”

This article explains which drugs are commonly used to treat depression, why they sometimes don’t work, and how modern doctors are treating depression without medication.

What Drugs Are Used to Treat Depression?

Depression medications (antidepressants) act on specific neurotransmitters to reduce or eliminate certain symptoms of depression. A neurotransmitter is a specialized chemical that carries “messages” from one neuron (nerve cell) to another. They control everything from muscle movement, gland activation, hormone release, and mood.

For example, norepinephrine (also called “noradrenaline”) is a well-known excitatory neurotransmitter. A sudden burst of norepinephrine energizes your brain and nervous system. It can cause feelings of euphoria, but is also associated with elevated blood pressure, hyperactivity, and panic attacks.

Low levels of norepinephrine can cause brain fog (lack of concentration), attention deficit hyperactivity disorder (ADHD), lethargy, and even depression. This is why some antidepressants (which we’ll discuss soon) are designed to increase norepinephrine levels.

GABA, on the other hand, is an inhibitory neurotransmitter that acts to block or slow certain nerve signals. It influences how you experience stress, anxiety, and fear by relaxing the “fight or flight” functions of your nervous system. Low levels of GABA can cause a variety of mental health problems, a common one being anxiety disorder.

Serotonin Reuptake Inhibitors act on the neurotransmitter called serotonin. Serotonin is a neurotransmitter that can function as an excitatory or inhibitory neurotransmitter. It plays a vital role in multiple brain and nervous system activities, one of which is mood regulation. Serotonin deficiency is associated with multiple psychiatric disorders, the most common being depression.

TCAs are another commonly prescribed antidepressant. They act to increase serotonin levels and norepinephrine levels while blocking the neurotransmitter, acetylcholine. Acetylcholine is an excitatory neurotransmitter associated with increased stress, anxiety, and depression.

While increased levels of dopamine can cause anxiety, low dopamine levels can also create a multitude of physical and mental deficiencies, a few being: insomnia, low energy, brain fog (lack of concentration), lack of focus, slower movement or speech, lack of motivation, sadness, low self-esteem, and hopelessness.

Bupropion is less effective for treating depression when the depression is coupled with symptoms of anxiety. Side effects of Bupropion might include: dry mouth, insomnia, irritability, restlessness, tremors, anxiety, hyperventilation, and irregular heartbeat.

Esketamine increases levels of glutamate with the goal of providing relief from depression symptoms within just a few minutes. Glutamate is the most abundant excitatory neurotransmitter in the brain and plays a key role in brain function, including the process of learning new information through the strengthening of neural connections.

Common side effects of esketamine may include: headache, lightheadedness, confusion (about identity, time, and place), anxiety, dizziness, blurred vision, drowsiness, feeling of self or surroundings being in constant motion, feelings of unreality, nervousness, pounding in ears, detachment from self, slow or fast heartbeat, dullness, tiredness, weakness, or feeling of sluggishness.

There’s no easy explanation for why some depression medications either don’t work, or will work for a time and then stop.

These people are left searching for information on treating depression without medication. Sometimes, this means figuring out why their medication stopped working. However, Paul Nestadt, M.D., psychiatrist and co-director of the Anxiety Disorders Clinic at Johns Hopkins, reminds us even the research is unclear on this question:

“There’s no good research that shows why a medication may stop working for someone,” says Dr. Nestadt. “I think it’s less an issue of building up tolerance and more likely constantly changing stressors and factors in the brain.”

Here are some common speculations what might cause these “changing stressors and factors in the brain” and render a medication ineffective:

Patients taking multiple medications might continue to experience depression as a side effect of those other medications. Certain combinations of prescription drugs can also produce side effects similar to the symptoms of depression.

When this happens, it can be hard for the patient to determine whether the competing medications are causing the persistent symptoms, or interfering with the antidepressants. This is why it’s a good idea to consult with your medical provider before searching for means of treating depression without medication.

For example, depression shares symptoms with another common condition called “Hypothyroidism.” Hypothyroidism is when your thyroid gland (a key gland for controlling your metabolism) isn’t producing enough of the crucial hormones which regulate metabolic function. Some symptoms of hypothyroidism might include: weight gain, fatigue impaired memory, muscle weakness, and depression.

#3: Alcohol and Drug Use

Alcohol and illegal drugs can cause strong mood changes, making it hard for antidepressants to work as intended. Other times, the illegal drug can interfere with the same neurotransmitters that the antidepressant acts on.

However, the “coming down” period can cause deep periods of temporary depression because of these neurotransmitter levels being exhausted.

Long term cocaine use can also cause resistance to these three neurotransmitters, thus inhibiting their effectiveness. This is simply one example. Other illegal drugs can have similar effects on neurotransmitters and hormones, rendering antidepressants less effective.

Pregnancy and menopause dramatically impact hormone levels. Pregnancy also causes increases in body weight and blood volume, both of which can change the required dosage for a drug and affect its impact on the patient. Women who are pregnant or experiencing menopause should consult their medical care providers about these factors before starting or changing a depression medication.

Depression is both biological and psychosocial (combination of psychological and social factors). The biological factors of depression are characterized by measurable changes in the neurotransmitters which influence emotions and moods.

However, these biological factors can also be triggered, enhanced, or prolonged as a result of lifestyle stress. The death of a loved one, loss of a job, a new stressor at home or work, or a sudden personal crisis can cause sudden changes in mood that seem to eclipse the effects of depression medication.

If you’re searching for answers about treating depression without medication, you might consider some ways to manage these external stressors better. Some of the most effective methods for long-term and short-term stress management include: exercise, healthier diet, therapy, journaling, meditation, music therapy, or finding a relaxing hobby.

While two thirds of patients experience success with one of the above medications, treatment-resistant depression leaves one third of patients searching for something better. That’s why some modern doctors are using an alternative method for treating depression without medication.

Dr. Robert Morris Sapolsky, an author, neuroendocrinology researcher and professor of biology, neurology and neurological sciences at Stanford University, says that depression is an illness that is just as biologically real and valid as diabetes.

TMS is a safe, painless, noninvasive procedure that stimulates nerve cells in the brain using magnetic fields, similar to the magnetics used in MRIs. Patients can literally drive themselves to the doctor on their lunch break, get treated, drive back to work and have a normal and productive day.

Treatment cycles typically last six to eight weeks (including five 20-minute treatments per week), after which most patients experience lasting relief from the symptoms of severe depression.

As of August 2021, four million people in the United States have undergone TMS treatment and hundreds of medical practices across America are treating depression without medication using TMS. Unlike antidepressants, TMS doesn’t come with a lengthy list of complicated side-effects.

Controlled clinical trials have found that 83% of Neurostar TMS patients see a positive response with only an 11% relapse rate across all study patients. Only 37% of patients required more TMS, and 85% of these patients re-achieved a clinical benefit.

Why Haven’t I Heard About TMS Before?

Thankfully, this process isn’t as complicated as it sounds, and medical practices offering TMS have become efficient at leading new patients through it. The hope is that more positive patient experiences and clinical studies will eventually persuade insurance companies to cover TMS at the start of a patient’s treatment.

Are you looking for a simple and inexpensive way to be free of depression and to live a happier and more productive life?

If so, Mental Health Management Group would like to help you learn more about what TMS will do for you. Their doctors have helped patients successfully manage dozens of complex mental illness and behavior disorders.

Our doctors have been practicing since 1996 and have treated hundreds of patients with depression and other mental health challenges. They have two certified TMS technicians and a friendly administration staff that can help you with the complicated process of meeting the TMS qualifications for your insurance provider.

When you become a patient at Mental Health Management Group would, you can be confident that you’re in the hands of true professionals who helped hundreds of people just like you feel good and enjoy a happy and fulfilling life. To see if you or a family member qualify for TMS treatment, please fill out the patient referral form and one of our practitioners will call you. This will help you better understand if TMS is right for you.

This concludes our article on Treating Depression Without Medication. 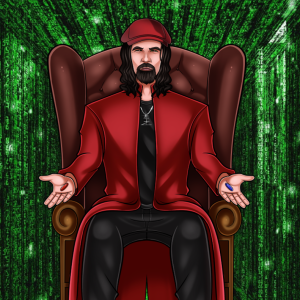 Seth Czerepak is an Author, Freelance Copywriter, and Harvard Certified Neuroscientist. He is known all over the world as a thought leader on the topics of Persuasive Copywriting and Practical Axiology. Seth’s professional experience includes 15,000 hours of direct response copywriting and 10,000 hours of one-on-one counseling. He also holds degrees in philosophy, music theory, and developmental psychology. Since 2009, Seth has ghostwritten and edited hundreds of books on the topics of leadership, cognitive behavior therapy, entrepreneurship, and critical thinking.